Sylvia Lambe was born in London and never saw herself living in the U.S., not even after she married an American. That all changed when her husband died and she decided to raise their youngest son in his hometown, Denver. Next Generation’s Christen Aldridge has the story of how Lambe has embraced her new American life.

Sylvia Lambe, born in Britain to a Ghanian father and Barbadian mother, never planned on living in America. Growing up, her idea of the United States was a money-hungry, capitalist empire.

“I thought it was all about people just wanting to make money. And that’s how they judge people is about how much money that you had,” she said.

That stereotypical image of the United States started to change in 2001, when she met the man who would become her husband — a trader on Wall Street. “I was horrified,” she gawked. “But we started dating and I started coming to America quite often.”

Over the course of those visits, her opinion about the country and Americans started to change.

“I created a love for the States, where I created the love for my husband, because [it’s] where he was from,” she remembered. “I met actual Americans and they were beautiful, wonderful people and they weren’t as money hungry as I thought they might be and totally capitalist.” 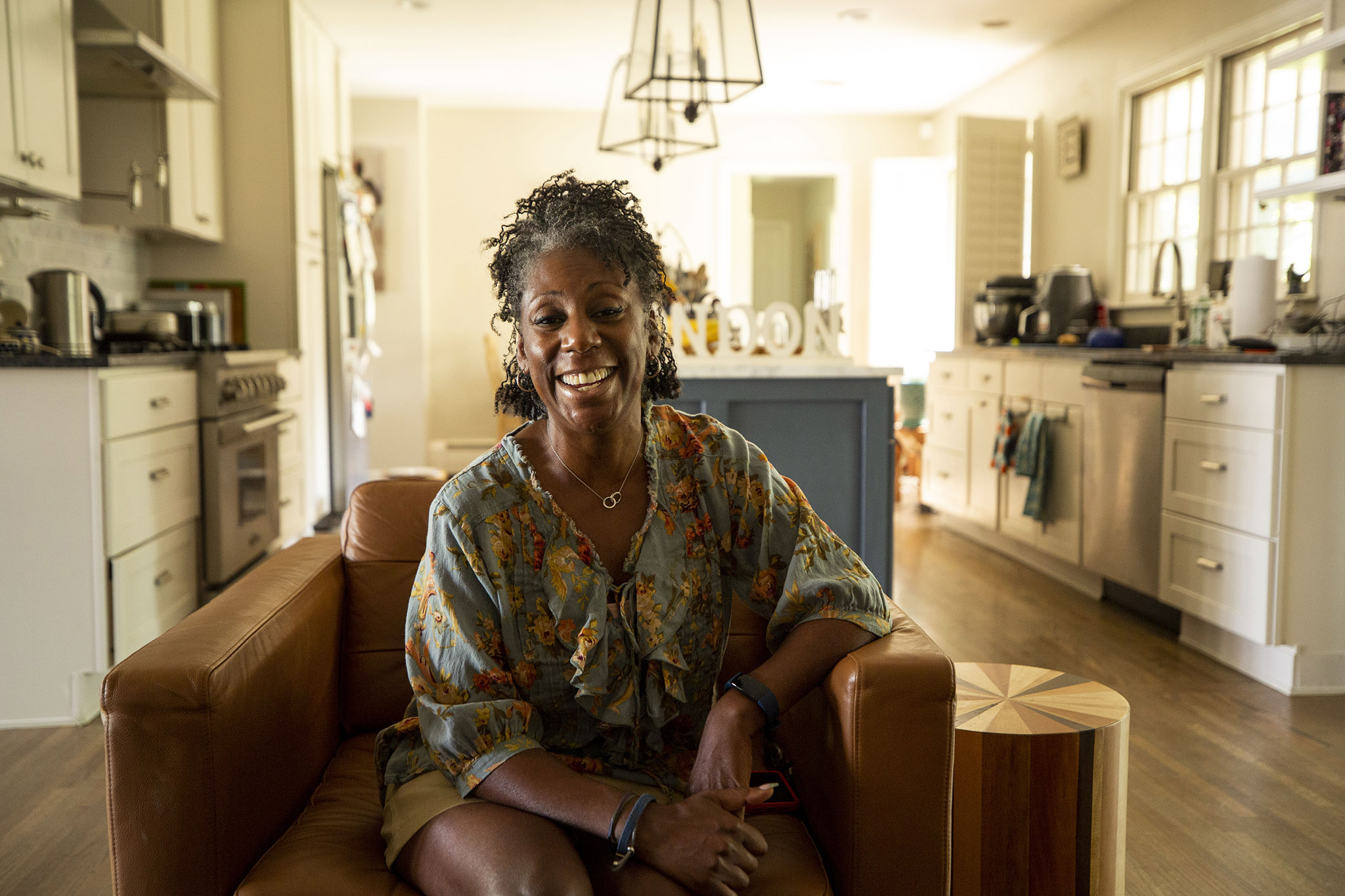 Sylvia Lambe sits in her living room as she reflects on her time in America. (Photo credit: Christen Aldridge)

She and her husband married and settled in London. Although they talked sometimes about moving to the U.S., she wasn’t keen on the idea. Her family and friends were all in London. It was not until she got pregnant that she started to change her thinking.

“I was having a child who was going to be half-American.” she said. “The kind of reservations that I had and the distrust and the dislike of America that I’d had before had to change, whether I liked it or not.”

When her husband died of a heart attack five years ago, Lambe made a difficult decision: a year later she moved with her son to his hometown of Denver.

Lambe and her son have been living in Denver for four years. Each and every day she feels more American. Her friends and family in the UK have noticed. “People definitely see me as much more American because I’ve lived here for this length of time, but that’s in contrast to them not having lived in America.”

Lambe said she code-switches when she visits England, “like, for example, ‘trash’ versus ‘rubbish’ … “My vocabulary has changed as I’ve incorporated Americanisms and American vocabulary.”

Lambe prides herself on her ability to adapt in any environment, calling herself “a bit of a chameleon.”

That’s helped her connect with the African American community in Denver. She has learned about African-American culture and educated others about the not-so-familiar history of being Black British. This also has created her love for the historically Black neighborhood of Five Points, a place where she said she feels the most American.

“All roads lead to that,” she said. “If we go back all the way back, hundreds of years, we have a joint history, we have an African diaspora.”

Lambe had a career as an award-winning journalist in Britain, and now works in public relations. She’s embraced her new American life and is now in the process of applying for citizenship for herself and her two sons (she also has an adult son who currently lives overseas).

Lambe is proud of the dual-identity her son has gained while living in the United states. He has embraced his American side to the point that he considers the U.S. his home — and she considers that a success. 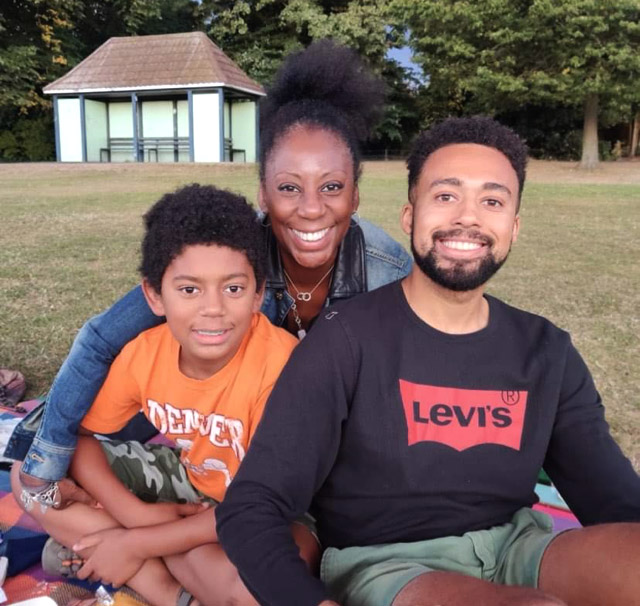 Sylvia Lambe is a family-woman. Her oldest son lives overseas and she is raising her youngest son in Denver. (Courtesy: Sylvia Lambe) 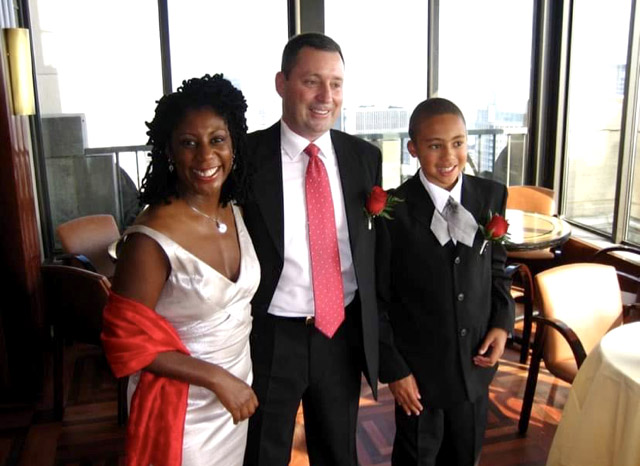 Sylvia stands in glee at her wedding with her late husband, Michael, and oldest son, Josh Leigh, whom she had in a previous marriage. (Courtesy: Sylvia Lambe)

Sylvia shows off an award she won in her previous career as a journalist: The National UK, Race in the Media-Best Radio Entertainment program and Music show for 1998. (Photo credit: Kevin Beaty)